Vivekanand writes short stories, poems and is interested in theatre. He is from Tamil Nadu, where he pursued a degree in medicine but never practiced. He is now training to be a diplomat. He believes that a writer could change the world, at least inside his head and also that this mad hope is something that keeps the world going. 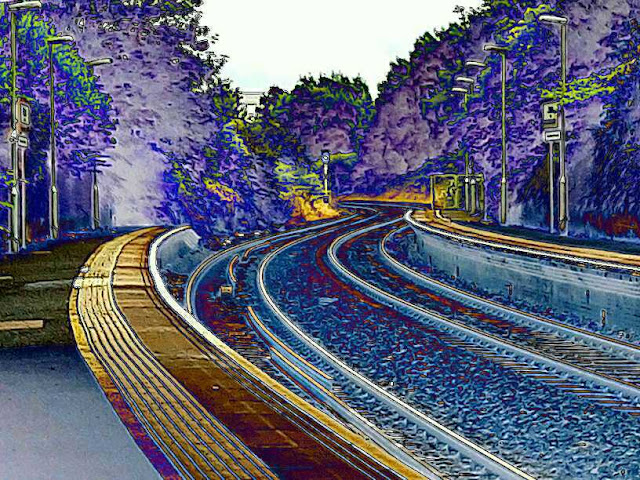 It was the last train out of the city and I had just missed the station I was supposed to get down, thinking about the events of that strange day which had changed my life forever. It was incredible. Once again, I remembered the nightmare I had had that morning. May be I thought it innocuous immediately after getting up, because then, all I ever recall thinking about was to race down the curves of my wife’s naked body. Whenever I looked at her asleep, I used to wonder if she was having an adventure down there in her dreams. May be she was climbing up the Mount Everest or diving down into the Mariana trench. Whatever it was that she was doing that morning, her breasts that had attracted the couple of sun rays entering our bedroom also attracted me and I obliged by cupping it from behind. I planted kisses on her back and traced my life down the median line till it disappeared at her bottoms. She moaned in her sleep and whistled sleepily to ‘stop it’.  I mouthed her words on her mound not knowing the volcano waiting to happen to me.
For when I woke up that day, I did not know that I had woken up in a world that had erased all its thoughts of me. I did not comprehend that I could actually be deleted from the memories of all those people who had known me since my birth forty two years ago.