An Indian, born (1991) and raised in Bahrain, Michelle D’costa has short fiction/ poetry published in Antiserious, The Bombay Literary Magazine, Open Road Review and others. Her poems are forthcoming in the anthology ’40 under 40′ edited by Nabina Das and Semeen Ali.  She blogs here. 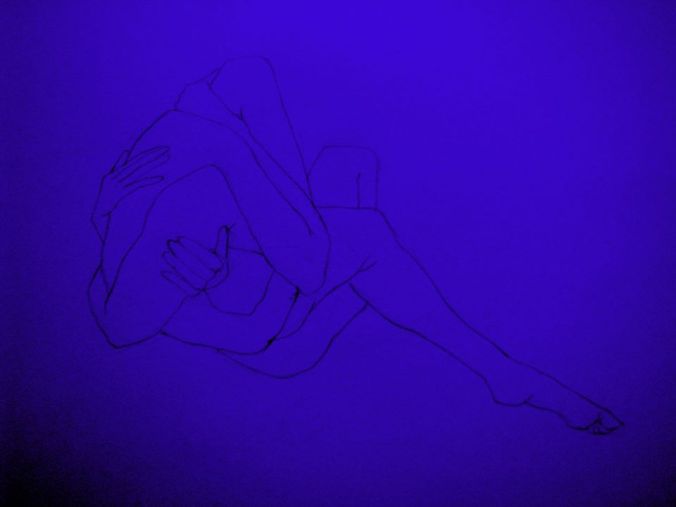 Gaurav was at the bookstore (opposite the bus stop) when he saw her waiting for the bus.
At home, a little while ago, his mother had declared for the umpteenth time: He wouldn’t find a life partner by himself. She should intervene; she would intervene and then decide for him.
He had stormed off, again.
He had always craved to be like those couples who claimed their love with three words ‘It just happened’ accompanied by a tilt of their head and a shrug of their shoulder like it was a top secret between them, afraid to admit who had proposed thereby risking implying who was more desperate. He wasn’t desperate; he took pride in his never give up attitude. He felt he deserved those three words. He only had to try. He had always imagined if he were to fall in love, it would be love at first sight- with the telltale signs of a dupatta accidentally flown across his face or a scarf’s fringe accidentally lodged in his shirt button but he could be flexible. He had to.
The girl at the bus stop was sweating profusely, her hair stuck to the nape of her neck. The big dark semicircles of sweat (on her kurti) under her armpits made him look away and he looked at his watch. He had meant it to be a cursory glance but the fast moving seconds hand on his wrist watch reminded him of his biological hourglass and he boarded the bus after she did.
He became conscious of himself, but then he remembered the regional movies (clones of other regional movies) wherein the hero who pursued the heroine undeterred by anything eventually won, and he gained confidence.