In a little-known telefilm from the 80s (set in the 70s) called “In Which Annie Gives it Those Ones“, Arundhati Roy, who wrote and acted in it, talks about the marginalized urban population in one of the scenes. She says –

Every third world city consists of two parts – a city and a non-city – and the city and the non-city are at war with one another. Now the city consists of a number of institutions of houses, offices, shops, roads, sewage systems – all these institutions are built by the architect, engineer. Now the non-citizen has no institutions. He lives and works in the gaps between these institutions. He defecates on top of the sewage system, he designs them so that they say to the non-citizens – “stay out of here, keep out. This is not your area.” It’s a way of establishing territory.

All of us living in big or small towns of India understand what she is talking about. People living on the streets is a common sight especially in the big cities of India. The displacement, slum demolitions etc. have only made things worse. I grew up in a middle-class residential area in a city. While as a kid, I found the environment very free and non-restrictive, when I watched this film my mind kept going back to all the places in the city – the paan-waalas, chai-waalas, video game parlours or just the bike parking areas along the streets of a marketplace – the places where we hardly saw any middle class women. They were unofficially kept out of most of these places by virtue of their class and gender. Public spaces were not for them to hang out. They could go out, shop etc. but they had no places to sit down and be a part of the social dialogue in the marketplace, there were/are no avenues for them to interact with people outside their class and gender. In the language of the above quote, these middle class women are the non-citizens of modern Indian towns.

The lack of imagination for coming up with ideas in urban planning that are more inclusive and gender neutral is appalling. Every mohalla in every modern city of India has a local `chai-ki-dukan’ or a `paan-ki-dukan’ where men hang-out and can socialize beyond their regular circle of friends etc. Where are these spaces for women in modern cities? Where are the opportunities to transcend the boundaries of their class that men so easily do when they hang out in public?

The politics of space is not a new debate. A lot of it stems from the very way the private and the public space is defined in the modern world. These ideas drive the ideas in Urban planning. Not only in India, but everywhere else. In the post industrial revolution world, where everything is commodified, the modern lifestyle comes as a part of a beautifully wrapped package called development. In United States it was sold as the great american dream. However by 1960s, people started seeing the dark side of that perfect life. The grimness of the situation has been portrayed beautifully in the heart-breaking film `Revolutionary Road‘. The film is about a middle class american couple – Frank and April (played by Leonardo Dicaprio and Kate Winslet) – who live in one of those lovely suburban houses with their kids. Living the american dream in times when the brightest and the best were selling people the idea of the perfect suburban lifestyle where each gender has a well-defined role and must adhere to that to achieve happiness and perfection. 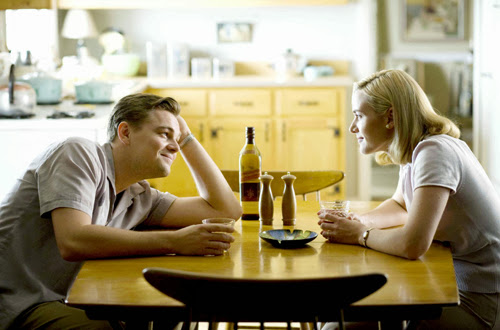 Frank works in the city while April is a homemaker. The domestic life of the couple portrayed in the film is extremely monotonous. In some aspects, it comes very close to fictional representation of Betty Friedman’s `The Feminine Mystique‘. Friedman writes – “As she made the beds, shopped for groceries, matched slipcover material, ate peanut butter sandwiches with her children, chauffeured Cub Scouts and Brownies, lay beside her husband at night – she was afraid to ask even to herself the silent question – Is this all?” In the film, day after day after day, after Frank leaves for work, we see April going through all these chores, confined in her large house with nothing to do. She socializes with other people when she goes to house parties of family friends with her husband. They have plans of moving to Paris because they believe that would solve their marital problems but Frank is promoted at work and April becomes pregnant. They reconsider their plans and Frank more or less accepts their hopelessly empty and monotonous life as the only option. April is constantly depressed but is in fear of completely accepting the reality because that would mean that their lives are not perfect. After all, this was sold to be an ideal life for an american woman in the 50s. `The suburban housewife’ – she was the dream image of the young american women and the envy, it was said, of women all over the world.”(The Feminine Mystique).

When I read the book, the movie kept coming back to me but it was not until recently that I started thinking of the idea of public space and a forced concept of a happy domestic life for middle class women in Indian context. The trigger was again a film I saw recently. `The lunchbox‘ is a story of two people, isolated in their own ways, who connect to each other through notes/letters in lunchboxes because of a mistake by the delivery man. They `talk’ to each other through notes in these dabbas. A loner widower accountant and a housewife – both trapped in their solitary cells. 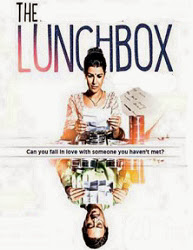 The director effortlessly weaves loneliness and nostalgia together in some wonderful scenes, one of which involves Sajan Fernandes (Irrfan Khan) watching the 80s show `Ye jo hai Zindagi’ on VCR. The hand-written notes in the era of mobile phones and text messaging, that song from the film `Sajan’, the office tables over overflowing with files, the recipes on radio – all these small things build the prefect mood for this interaction between these characters. Sajan fernandes is an old man, about to retire. He lives alone in one of those old and never-changing parts of Bandra. One fine day, he gets unusually delicious food in his lunchbox. The dabba reaches him because of a mix-up and was actually intended for Ila’s (Nimrat Kaur) husband. To explain the mix-up, Ila leaves a note in the lunchbox the next day and thus begins their love story. In spite of all the infinite sadness that the brilliant Irfan Khan carries in his eyes, the world of Ila appears much more suffocating and stifling. Frame after frame we see her going through the chores of domestic life in that tiny suburban Mumbai apartment. The only redeeming part is when she cooks food, rather enthusiastically, for Sajan (Irfan’s character) and reads his answers that come back with empty dabbas. Those notes seem like her only connection with the world outside (apart from the elderly woman who lives upstairs). So in the end when Ila entertains the thought of leaving her husband and going off to some `happy place’ with another man, it does not appear to be scandalous or rebellious – it just seems so very normal for her to come to that point in her life. Frank and April cheat and fight and destroy each other but none of it comes as a shock because that is how grim their life is. What sort of social arrangement has brought us to this point?

The problem of nonexistent public spaces for middle-class women in urban areas in Indian cities is very real. When I came back to India, this time looking at the world around me not as a student but as a woman ready to plunge into `real life’, the absence of these places became more and more obvious. I met friends who got married into what what is sold as the `middle class dream’ for a middle class Indian girl. An engineer husband, an apartment in a high-rise on the fringes of some big city and a car. Sometimes they have jobs, sometimes they are homemakers – but irrespective of all that, a lot of them end up in a life that is cut-off from the rest of the world. They spend all their lives in those apartments cooking and cleaning and meeting other people at dinner tables, kitty parties or festivals. They meet their socially equal counterparts at these places. There is no local `adda’ where these women can sit, chat, socialize because our cities are closed to any such idea.

We borrowed a part of our history from our colonizers and thus we did not have to go through the struggle for universal suffrage and equal rights for women in the constitution but along with all that we also borrowed their prejudices and biases. Compared to traditional occupations, women found it more difficult to break the glass ceiling in the modern jobs. Traditionally women worked in the fields, as potters, weavers etc. and their role in these jobs were never challenged on the basis of their gender. However, the modern education and the related industrial/academic jobs came with an inherent bias against women. This meant poor representation of women in all these places and since our cities are essentially built around these institutions – school, universities and modern workplaces – this also meant poor representation of women in public space. While a small number of women did become a part of this modern city, most of the women like Ila remained in the non-city. Yes, they live in the same houses and shop in those gigantic malls but their sphere of social interactions and hence knowledge remain awfully limited. They have no institutions, no autonomy, no social life and hence very limited avenues to justice. We have chosen an illusion of equality over justice and education over knowledge. This has definitely changed a few lives and helped a few women but has also helped in making sure that the majority is left outside in the non-city. Our model of development has not only given very few economic opportunities to a very small number of women, it has also shunned them socially. Just like has failed to provide any bridges for communication or exchange of knowledge across different classes. It is not enough to find ways to bring women into public space that is in some sense inherently defined by the majority presence of men. There is a need to look at the problem from a different perspective, to turn their private into public, their domains of knowledge and their workplace into a place where they can socialize and share ideas freely. There is a need to restructure the very idea of public/private space but this would also mean redefining our ideas of marriage, family and privacy. It would also mean redefining our ideas of knowledge by giving women’s knowledge, values and experience an equal status and strength.

3 thoughts on “Through The Cinema Lens: Understanding The Politics Of Space In India”