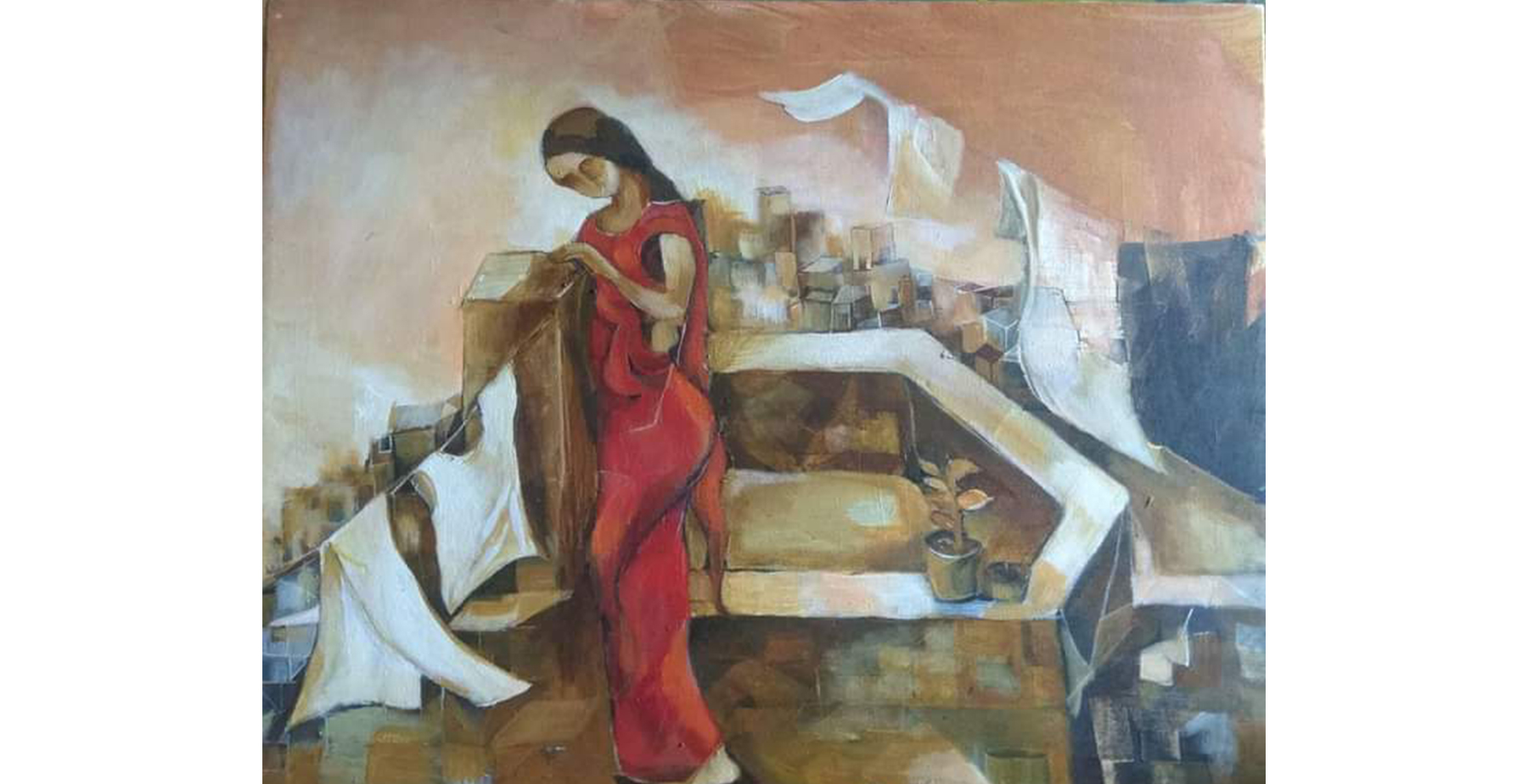 I
darkness descends like a cosmic flute;
in the house across ours, someone
lights a lamp and places it at the door;
no one is being waited for; no one
to come home this evening but the cat
who’s done strolling for the day

on the TV, there’s news of devastating rain

II
but, when it doesn’t rain, the cat slips
out again; there’s no pattern to who
arrives first, who departs first, who
doesn’t arrive at all; a moment is
like a belated, guilt-ridden cloud;
it has flown past us, unattended

on the phone, never were you this calm before

Maybe
A dismissal couldn’t
Be spelt otherwise. Maybe
Like an yes, tone-deaf
Or like a no, absolute.
Maybe
One doesn’t think it
Through the first time
They let it happen to them;
A nod, a tug, a lonely invitation
To walk the night away.
Maybe
Yearning comes
At the oddest of hours for us.
Like a sparrow caught
In between the window frames
With no one home
To set it free.

Blithely,
I wake to the knowledge that things
May come asunder like a flock of feathers
In your fist; right in the middle of a courtyard
They sound only like an untimely snapping of
Fingers intended to bring one back from squint-eyed
Paranoia, but so unannounced, so moss-like in its love
For another, that departure isn’t out of place anymore;
It lulls the house entirely.

Sahana Mukherjee is a researcher and poet. She has been a Charles Wallace Fellow at the University of Edinburgh in Creative Writing (2017). Her poems have been published in numerous online and print journals and anthologies. Her first book of poems, August Ache was published by Writers’ Workshop in 2018.

Back to the September-December 2021 Issue