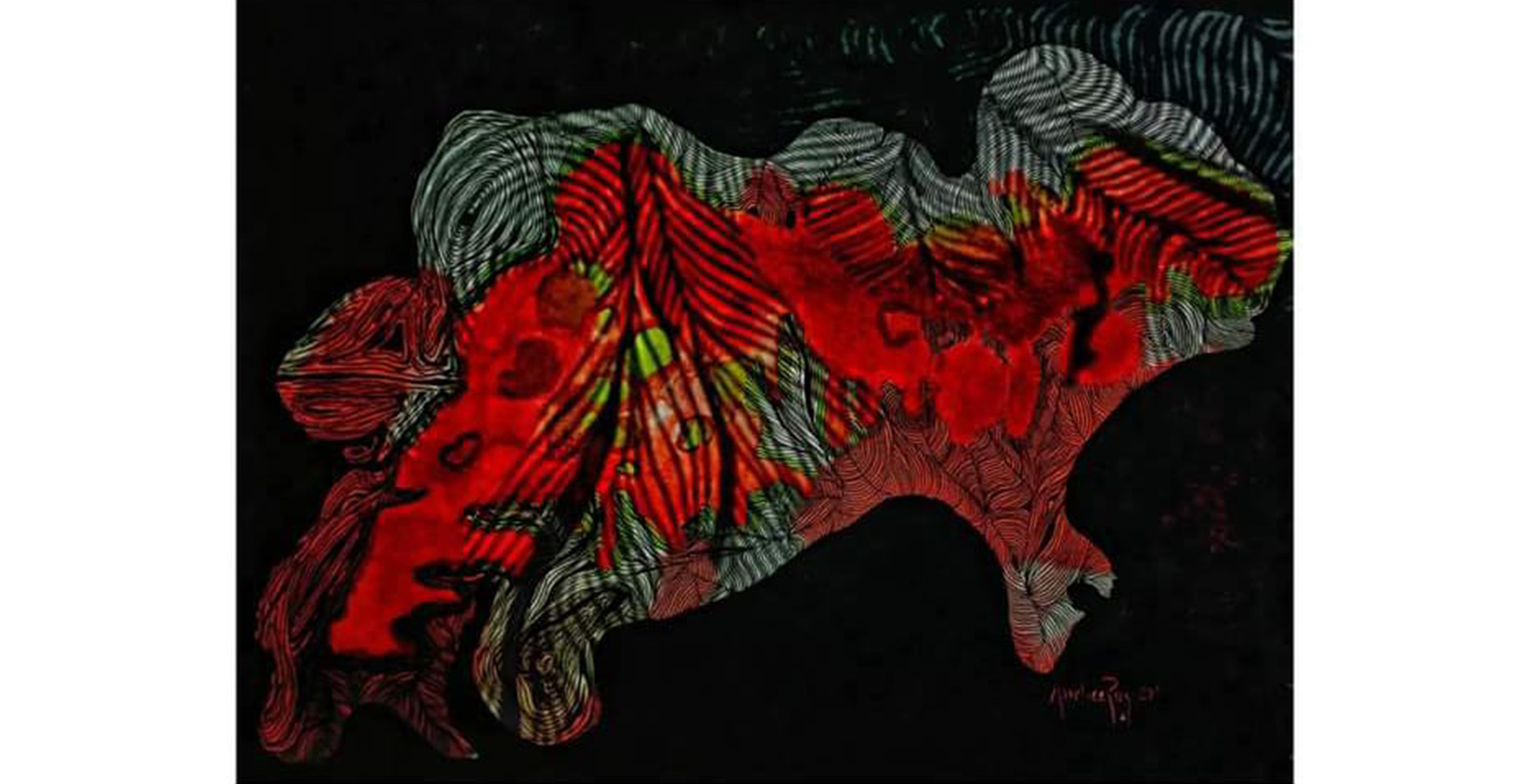 My father, drunk, called me tonight —
he finally managed to buy back the land
the same one which my Ajoba
had sold away to the village Sarpanch

for a bottle of palm wine

Ajoba, I got to see him only after his death
I had heard stories about him

every sinew on his body, gleamed
under the moonlight —
the sweat from his forehead,
armpits dripping on the animal skin

The soil turning red, moist —
the same soil, he would come to toil
the next day –

A muzzled ox, chained,
as he treaded out your grain

Does your caste get to decide
how much upon your land, it ought to rain?

The village would throw away
a few patches of land as watan at the Mahars —
ones like my Ajoba, fraudulently usurped
for a few bottles of tadi

About my Ajoba, they further say,
he would drag the carcasses with the same tenacity
as a Brahman untangling
the three strands of his sacred janeu

You couldn’t tell the man from the carcass then
Who was dragging whom and for how long
When he reached home,
he would burn all your Gods outside his hut
and scream out his lungs

as his hands repeatedly hit my Aaji

I wouldn’t go on to describe the how and why of that
My mother tells me, one shouldn’t bad mouth the dead
Death nullifies the transgressions of life
And hence upon your society, I wish death

For his sixty – fifth birthday,
my father has gifted himself
the dignity of his deprived ancestors

But all that changes this moment

The sugarcane that will grow here on, will be ours
It’s sap, our sap

It’s juice sweeter, the molasses thicker
than the spilled blood of all of our ancestors

Someday, you will open a hospital here —
treat everyone for free
A complimentary glass of sugarcane juice
which out of my own hands,
to all of them, I will feed

Right after this, I talk to my lover —
lover isn’t the apt word perhaps

What is the word for when you walk further ahead
Come to rest under the shade of knowing
When you both know the exact time,
the crop would be ready
All other seasons, a prelude to this –

The turmoil of the sea, bottled within
contained within a grain of sand,
touching our feet

We soak our feet in the waters,
sit like that for a bit
There are no sunsets we watch,
no words we talk
We become all the poems, we ever wrote
I kiss the water, splash it on her face
The water washes away her and mine—

A murder has happened
and everyone is an accomplice –

everyone speaks but no one listens

All outrage is but a quick fix liaison
within a span of few days, it’s all forgotten

We love to hate, we hate to love
to say this,
I could have used a better metaphor
But screw metaphors

You don’t get them anyway

What you understand is bigotry, hate
My thoughts are all intermingled now
I can’t think straight
Another young adivasi doctor strangled to death

A colleague casually msgs me,
‘But bro it’s cos of the reservations!
Don’t you see?
They further alienate
Such a sad thing to happen to her though
Medical Residency is tough
You very well know, it’s not for everyone.’

The singeing of my skin–
the face of my grandmother

Over lunch, just ten minutes ago,
another colleague casually enquired
about my caste, my gotra

The sugar laced khandvi,
suddenly becomes a lot bitter
I get nauseated

I walk out and here I am now,
trying to find answers

A cow moos a bit too loud, a bit too fearless —
the clamour of my thoughts gets silenced

I become the molasses
the juice that’s extracted out –

the sap that remains,
my father, my lover, my Ajoba, Aaji, you,
manifest in front of me
and watch me melt

Artist’s Note: I wrote this poem after a phone call I had with my father. My father had won back the land that was usurped decades back, by the village head-man – through oppressive means.

Dr. Abhijit Khandkar is a M.D. and writes, translates in English, Hindustani and Marathi. He is a Dalit poet by assertion. He believes all art is political. He prefers poetry with the taste of earth in its mouth. He also co-runs a poetry and arts collective by the name of The Rhyme Republic.