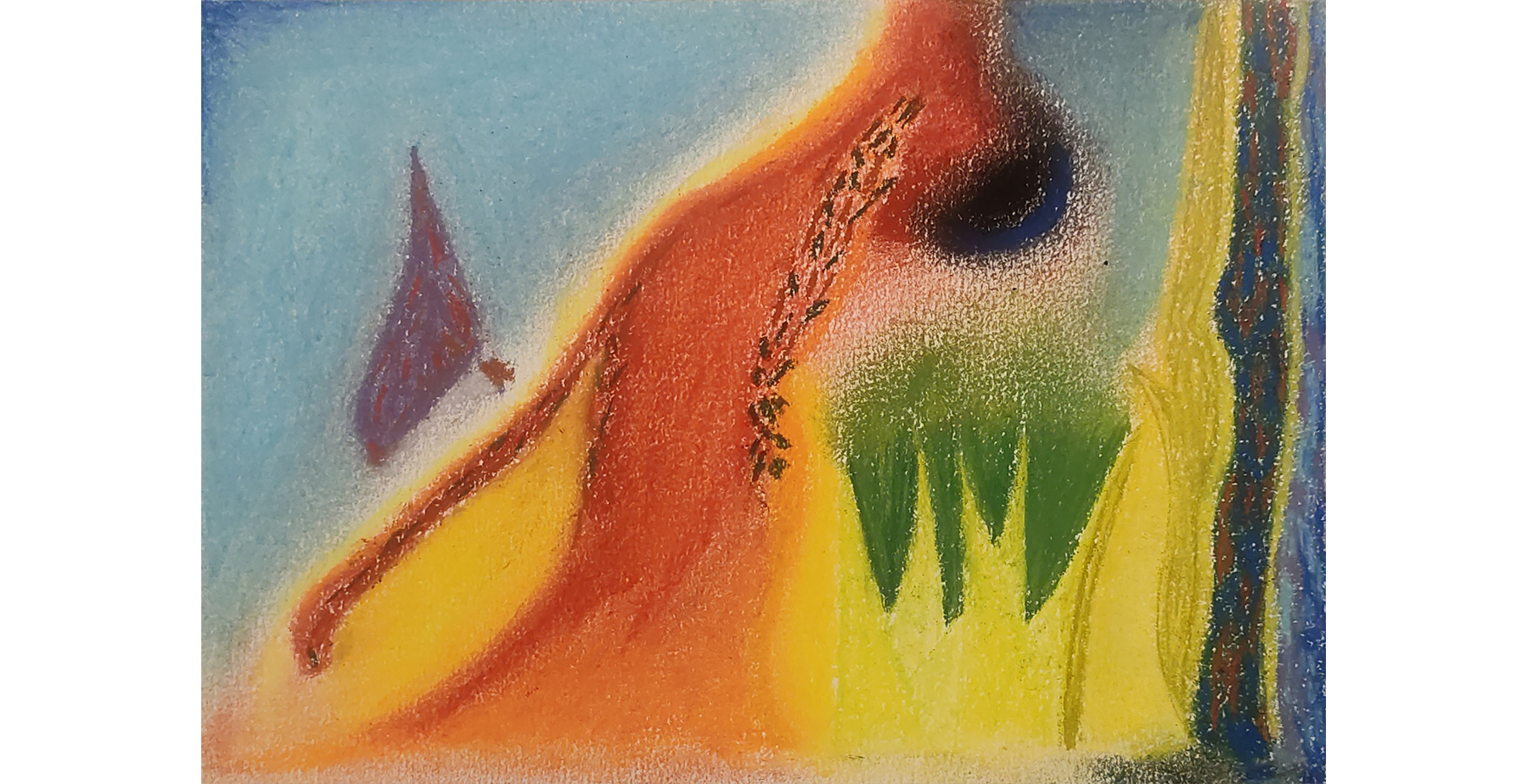 Ghazal for the Absent Person I

Which is to say, existing in slices during the day’s ripest hours,
Selfishly shapeshifting is what shapes the absent person.

Which is to say, I’ve mastered how to edge in and out of sun rays,
To shed all sense of presence and become an absent person.

Which is to say, it’s best to petal at night. Best to fold out
As a black paper sky, best to unspool into an absent person.

Which is to say, every vein in my body leads to a cluster of roots.
A tangled forest of depthlessness is what forms an absent person.

Which is to say, all that I have felt and feared has been love.
Cowardice shapes the voice box of the absent person.

Which is to say, a blunt voice and erasable language
Erodes the best intentions of every absent person.

Which is to say, to represent all emptiness, all things void,
To defend meaninglessness is to be an absent person.

Which is to say, you can find me at thresholds, borders, bordering
Black holes. The event horizon is populated by absent persons.

Which is to say, I was named to protect all futilities.
Gatekeeper of all worthless words: it is I, the absent person.

Ghazal for the Absent Person II

Most of this lifetime is spent in this body waiting to be
fucked, erased, eroded—to turn into this absent person.

To be kept by another body, to be pocketed into tenderness,
To forget one’s own self is how one becomes an absent person.

You, with the peacock beauty and untarnished innocence, இன்னும்
என்ன சோதனையா? How cruel to create a species of absent persons

Tied to a world consumed by the now. How cruel to give us the song
Of முருகா to sing, only to be muted out, sidelined as absent persons.

This existence is turning cumbersome with all the doomscrolling,
Making a living, going out, of trying not to be this absent person.

Pain chasms the body, earthquaking it from its soul. One part
Stuck here, the other, free, living the life of an absent person.

I shudder at the thought of another lifetime: another century spent
Away from you, away from home, in the present, not absent. Person

– hood is doomed to live circularly in violence. Saranya, the Sufis say, दिल्ली
अभी दूर है, but one day I’ll be with you, and we will both be absent persons.

Artist’s Note: When Madurai Somu would sing என்ன கவி பாடினாலும் (Enna Kavi Padinaalum) to Muruga, we would all feel the pain of their separation. Inspired by his voice, bhakti & sufi poetry, and the bhajans I grew up with everyday, I tried to write something that would reach Murugan, my kuladeva. According to me, the ghazal is the most difficult and endearing form of poetry to write, so this was my attempt at one. The first ghazal felt slightly unfinished and more mine than anyone else’s. So, I wrote the second one, vying for both completion and connection.

Saranya Subramanian is a writer and theatre practitioner, currently pursuing an MFA at the University of San Francisco. Her essay, “The Cockroach and I”, was published by Penguin Random House after winning runner-up to the FT/Bodley Head Prize, 2020. Her work has been published in Outlook, The Caravan, Vayavya, Madras Courier, Kitaab, Scroll, to name a few. She runs The Bombay Poetry Crawl, a space dedicated to archiving, talking about, and leading walks inspired by the 20th century Bombay poets. She is based out of Bombay spiritually, and San Francisco temporarily.