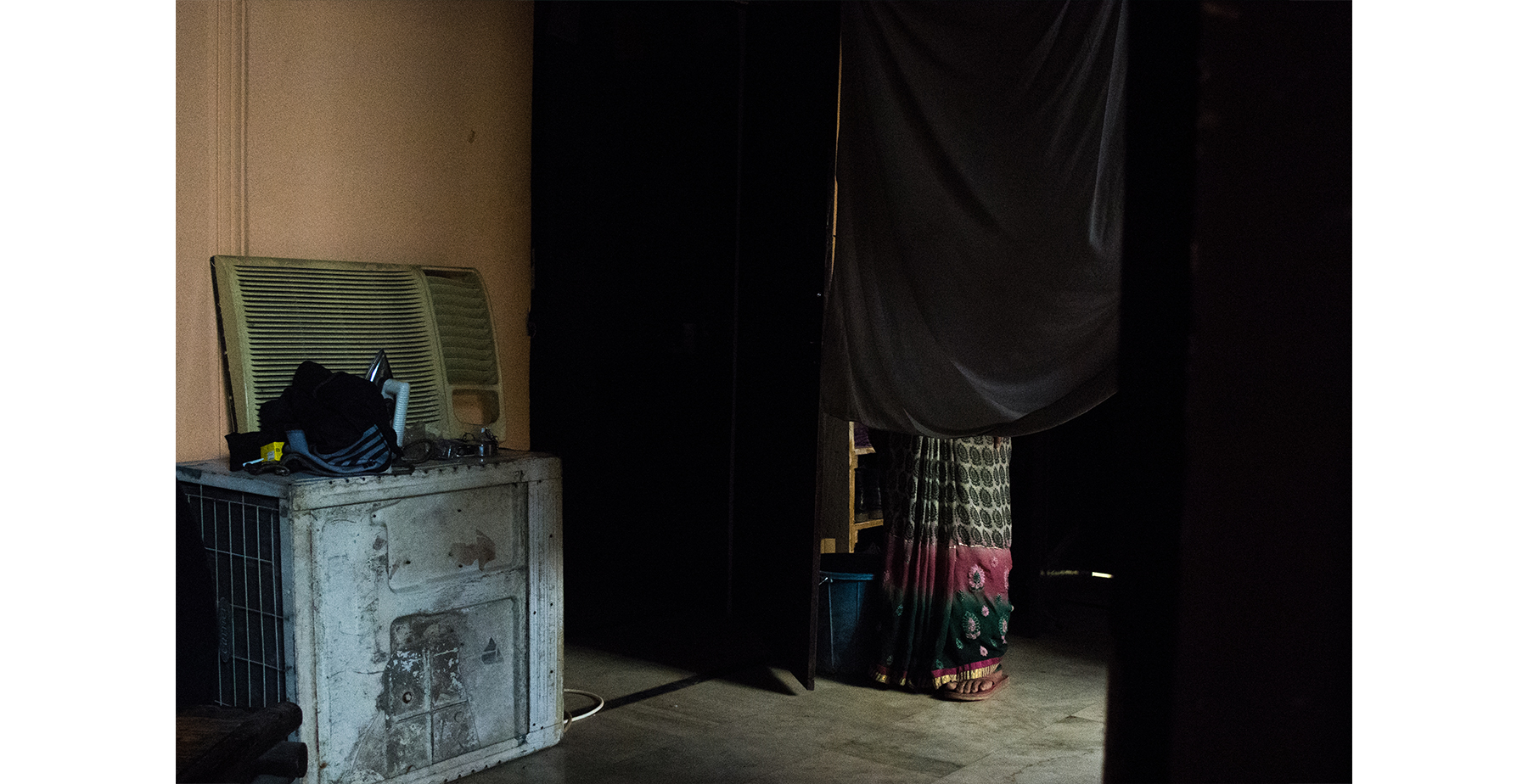 “Charlie Charlie” and other poems

“I hear someone call my name out from the darkness”, whispers my daughter,
fearing shadows in a ten by ten cuboid with an interior view. Three drawn blinds

and a two -star sky. When you winter in a soap box coffin, darkness is not that bad
a company. But she doesn’t agree, following me everywhere even if the lights

are on all day. Can seven year olds handle time as a visceral toy? On the batter-head
of her plastic drum, “Day 1”, she pencils, soon after checking in.

“What does the voice tell you?”, I ask in vain even though I feel she’s only making it up.
“We could play Charlie Charlie if you still have doubts ”, she offers as truce.

The pencils don’t budge a nanometer. I throw a told-you-so at her in arrogant glee.
Behind her head—slouching in disappointment—stirs a shadow, an arrow head

at the long tail’s end. Suppressing a shudder rivaling a Q-tip probing my brain gate,
my unconvinced voice proffers, “Only a few monsters lurk in the dark,

2. …and outside in the corridor, men roam in G suits

The final frontiers are never breached: an outstretched hand
from inside an open window, wiping in vain,
the gigantic stain on the windshield of this universe—

Like every arriving somewhere needs an illusion,
to fuel its hours, to deny oneself the living
for bread alone, to show the door to the rebels inside
your flesh who jostle for the space to be you,
to close your eyes and run two hundred rounds
inside a hotel room, a mad mind pursuing its body,

the little girl is sitting by the morning beam
where intergalactic messengers masquerade
as dust motes: she shoos them away,
like Quixote……………………………………..unaware

that the limits of this calculus constrains its
cosmos and in it, the door will always
remain closed—except for bread alone.

3. our first ever halloween

happens at Beijing. in the double room. of a Chinese run German hotel.
we are informed that day. of the extension of our isolation. one more week.
we get a gift bag from the hotel. a greeting card in Chinese. a cat mask for kids.
a box of home made cookies. a plastic pumpkin with fake black eyes. run on battery.
we could do with some cheer. there’s no hook in the room. i had to google for jack-o’-lantern.
a man gets locked out of hell & heaven. and no place to rest. his prison is the size of the world.
we hang the pumpkin. on the semi-open cupboard in the room.

Sometimes there’s nothing really going on.
Good news doesn’t drip from the tap
anymore. The tank is dry.
When I checked in, there were two sachets
of coffee. I call the reception, assuming
that my request wouldn’t be understood.
When accents meet each other,
prepositions pick up sharp weapons.
(Suddenly I feel like the zombie in that
Jarmusch movie, who totters towards
the dying city’s last diner for more coffee)
The Concierge has worked in Bangalore.
Where are you from, sir?
I have been there only twice but long enough to know
I could live there all life. That does make me a resident,
I decide on my own without the city’s consent.
He sends me fifteen sachets of Americano.
I would have been happy with just ten.

Artist’s Note: In October 2021, I spent 21 days in quarantine with my seven year old daughter. I wrote to understand our collective isolation from an increasingly paranoid physical world. A world I could not explain to my daughter without losing conviction in my explanations the moment I uttered those words. Poetry was a form of apology to make sense of the alienation with the illusion I was helping to build around my daughter. But it was no excuse for what I wasn’t telling her. Investing myself in her narratives was just pure condescension, ephemeral in its kindness. After so many months, now that I have had time to look at it from distance, I hear her say that she misses her time with me in quarantine. What brings together people who are isolated from the rest? I am not sure how to say it, but I can’t but admit that I actually miss those times when we were longing to be let outside those walls. The four poems I have here are not an indictment of the world as much as the adults who have survived it and those who take pride in packaging survival as the only way to live this life.

Vivekanand Selvaraj writes in both English and Tamil and translates from Chinese and English to Tamil and also from Tamil to English. His work has appeared in The Bombay Literary Magazine, Nether Quarterly ( Revival issue), Bengaluru Review, Poetry at Sangam, Sonic Boom, Vayavya and The Freedom Review. His debut collection of Tamil poems, Sudhandhiram Oru Dabba was released in January 2021 (Manalveedu Publishers). He is also an amateur theatre enthusiast, having written and staged quite a few of them. He is a diplomat currently stationed at Beijing.